Here’s what it means. First, I don’t have any of the things I dreamed about. My sixth book comes out at the end of August, and while writing is my full time job, I certainly can’t call it gainful employment. Outside of my novel writing, I hold down between two and four freelance contracts at a time, and none of them pay all that well. I go on book tours, as long as you count driving to every B&N and indie within the Chicagoland area and signing whatever stock they happen to have on the shelves. I stopped doing autograph sessions at conventions because it’s mostly an exercise is humility, and conventions themselves are more about seeing the scattered tribe of my fellow writers than anything else. So not the life I dreamt about.

What I do have, though, is so much better than what I dreamed of having. I’m not saying I would turn down the six figure contract, or the book tour, or the marathon autograph signings. But they’re not what I’m pursuing. I write because I love writing. I love the process of crafting interesting characters and telling captivating stories. I love plotting, and planning, and fine tuning my books. I love creating worlds, and I love giving those worlds to readers, so that they can get as much joy out of them as I do.

I think the most important thing I learned during my transition from dreamer to doer was that so much of the writing life is actually about writing. That sounds kind of silly, but you’d be surprised how many aspiring writers get caught up in literally everything else. There are a lot of things you can do that feel like writing, but are actually just screwing around and telling yourself you’re a writer. Don’t do those things. Write instead.

I’ll give you an example from my own life. First off, I’m a fantasy writer. There’s a lot of stuff involved in writing a new world; politics, religion, culture, magic, history… nearly all of that needs to be created from whole cloth, or drawn from the real world and changed in some way that makes it interesting. That takes effort and time. And, if you let yourself, it can take all of your effort, and all of your time, and you never write a book.

For the trilogy that just completed, I spent maybe two years preparing to write. Two 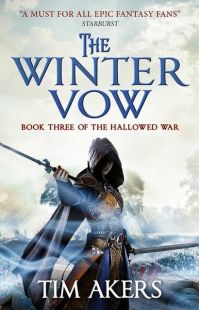 years. Then I wrote the first book, sent it to my agent, and got a long list of edits back. Four or five drafts later, there were scenes I was hanging onto only because they were central to that two year process of worldbuilding. In the end, I cut them. And the world that the story ended up in was clearly based on all that work, but almost none of it made it into the final book. I basically discovered the world by writing about it, and throwing out the things that didn’t work later on. The process created the environment.

Did I waste those two years? Probably not completely. But I would have been much better off actually writing the books and then seeing what served the story and creating as I went along. And for the book I just wrote, that’s what I did. The whole thing, from first sentence to draft going to the agent took ten weeks. I’m working on my third draft, but rather than cutting away things I was clinging to, I’m sharpening the material that’s already there. The process is creating the work.

How does this translate into your own projects? What are you doing rather than writing? How much time do you spend dreaming of book tours, and movie trailers, and autograph lines, when you could be putting words onto the page? A friend of mine wrote his first book on his phone, on the train, during his commute to and from NYC every day. There’s never a good excuse to not write. There’s only the excuse you’re making. 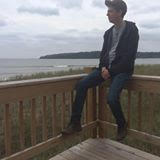 Tim Akers was born in deeply rural North Carolina, the only son of a theologian, and the last in a long line of telephony princes, tourist trap barons, and gruff Scottish bankers. He lives in the greater Chicagoland area with his wife and a lot of dice. He is the author of the Burn Cycle from Solaris Books, The Horns of Ruin from PYR, and the Hallowed War trilogy from Titan Books.

View all posts by write100challenge